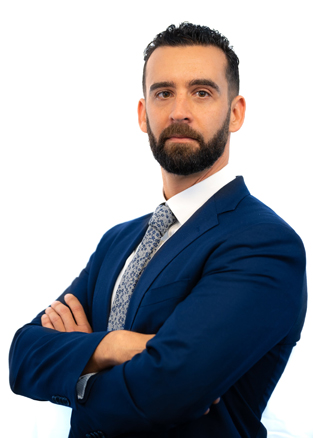 Bobby Waltman is an attorney at The Law Offices of Ted B. Wacker (TBW Law). He has extensive litigation, negotiation, and trial experience, including handling over 28 jury trials to verdict. He is dedicated to helping anyone who has been injured because of someone else’s negligence. Mr. Waltman is committed to obtaining maximum possible compensation through aggressive and compassionate representation for his clients.

Mr. Waltman specializes in motor vehicle accidents, slip and falls, dog bites, traumatic brain injuries, and wrongful death cases. He is passionate about fighting for his clients and taking care of all aspects of their legal matters so his clients can focus on their recovery. He previously served as a mediator at the Riverside Courthouse. Now, Mr. Waltman is a powerful negotiator who works with mediators and arbitrators to obtain the recovery his clients deserve.

Throughout his career, Mr. Waltman has examined medical experts ranging from scientists to neurologists and orthopedic spine specialists. Mr. Waltman is devoted to studying the science and medicine underlying his clients’ cases to effectively negotiate with insurance companies. His experience with cases that involve complex medical issues helps Mr. Waltman negotiate everything from straightforward claims to the most complicated cases. He understands the importance of preparation to properly execute strategy in litigation as well as trial.

Mr. Waltman was born and raised in Southern California. He received his bachelor’s degree at the University of California, Santa Barbara, where he was awarded Distinction in the Major. In 2012, he obtained his Juris Doctorate degree from Fowler School of Law at Chapman University, where he was awarded a full merit scholarship and served as the Social Justice Chair of the Public Interest Law Foundation. Mr. Waltman occasionally returns to Fowler School of Law as a guest lecturer on topics involving litigation and trial.

As a former Deputy Public Defender in Orange County, Mr. Waltman practiced criminal law and dependency law, zealously advocating for his clients when they were charged with a crime or when their parental rights were at issue. He was also a founding Board Member of H.I.R.E., a non-profit organization that serves as a hub for re-integration and employment for the formerly incarcerated.

When he’s not fighting for justice for the injured, Mr. Waltman can be found playing guitar, bass, or keyboards. He has performed in musical groups for over 20 years and attends concerts throughout Los Angeles in his free time. He also speaks three languages and enjoys traveling abroad to practice his Spanish and explore the outdoors.